Still Loved is the first ever feature documentary showing how families deal with the loss of a baby.  After a hugely successful cinema tour in October 2016, during Babyloss Awareness Month. Still Loved is currently screening at midwifery and baby loss conferences and courses and is available to stream on line. You can read the reviews here 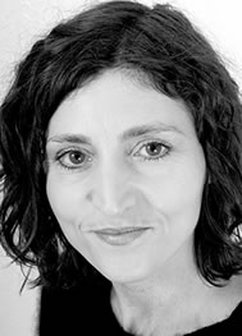 Debbie has made a wide range of fiction and documentary films to date, winning several nominations and awards for her work. She set up Big Buddha Films 12 years ago. During the making of her short film Peekaboo, she forged relationships with many parents who had lost their babies and became passionate about making a feature documentary showing what families really go through after baby loss so began work on Still Loved.

Debbie's strengths lie in telling a bold story and working closely with her contributors.
She also directs television and lectures in film at various universities and colleges. 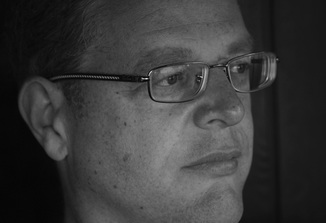 Editor: Joby Gee
BAFTA Craft and Royal Television Society Craft award winning editor Joby Gee has worked in television for over thirty years. Starting as a runner in 1984 and then moving up the ranks to assistant film editor and, a year later, to editor. His range of work has developed in diversity from political documentaries to landmark science series including Horizon and Walking With Dinosaurs, feature length drama documentaries like the EMMY nominated The Flight That Fought Back for Discovery US to helping fledgling directors with their first films.His work on BBC2’s ‘The Fallen’ won him the BAFTA award for Best Editing (Factual) and the RTS Craft Award for editing along with a further two RTS and BAFTA nominations. 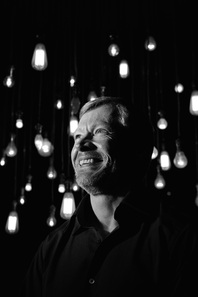 Supervising Re-Recording Mixer: George Foulgham
George Foulgham is recognised as one of the most respected dubbing mixers in the industry, particularly for his Feature and TV Documentary work. Having begun his mixing career at Video London Sound Studios where he was a pioneer in the transition of sound mixing to video. Since moving to Molinare George’s reputation for quality mixing has led to a large number of Industry award wins and nominations, including the 2010 BAFTA Sound Factual Craft Award win for BBC’s ‘Trawlermen,’ preceded by multiple UK Screen Conch Awards for projects such as the Oscar-winning ‘Man On Wire’ and Grierson-winning ‘Mugabe & the White African’, and the 2003 RTS Award for Factual Sound on the BBC series ‘Fighting The War.’ George also worked on Project Nim, Virunga and The End of the Line.

Senior Colourist: Chris Rodgers
Chris is an experienced colourist across all genres with an incredibly technical eye for detail and a sympathetic touch. He is always conscious of what material has been shot and the tone of a production, aiming to create images that don’t feel too ‘affected.’  Having joined Molinare in the Autumn of 2014, Chris has recently added a number of high profile productions to his portfolio including Mary Berry’s Absolute Favourites for Shine TV and Brian Hill’s upcoming feature documentary The Confessions Of Thomas Quick. He is currently working on series two of Sky One’s family comedy Yonderland.  Prior to joining Molinare, Chris set up and managed the grading department at Splice TV. Having begun his grading career there in a DS suite, Chris implemented their new grading system and workflow, and by the end of his time there was overseeing two grading suites which covered both TV and theatrical work. While there, Chris graded Kim Longinotto’s documentary Dreamcatcher, which recently won the Directing Award in the World Cinema Category at Sundance 2015. 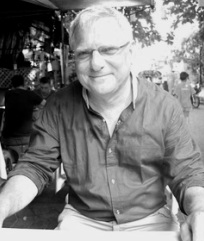 Producer: Colin Pons – Studio of the North
Colin Pons has worked in a variety of roles in the UK film and TV industry over the last twenty five years, building up a range of skills that he regularly shares, often working with first time directors and producers. Key elements of these roles are the development, financing, production and mentoring of television and feature films.As a commissioner Colin has identified and funded many award winning films and individuals. Members of the SON mini studio through the years have included Caroline Cooper Charles, Peter Carlton, Daniela Zanzotto, Tinge Krishnan, Rebecca Mark-Lawson and Mark Herbert

Creative Producer: Polly Perkins
Polly started out working for Channel 4's TFI Friday as a production assistant/celebrity wrangler until the show's finale. Polly developed further production and aesthetic understanding on independent short films as an art director, props master and as a production office manager. She continued to refine her project management and promotional skills with a variety of cultural projects, running venues, producing festivals, carnivals and caberets. Our Creative producer, production manager and website wrangler she also writes satire, crafts craftily and bakes by the dozen. By day she is our producer, by night the bare knuckled singer in a funky new wave band. 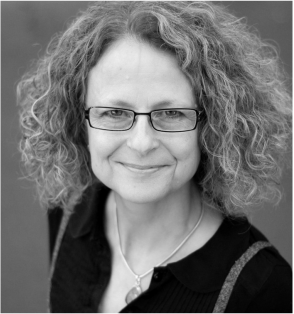 Executive Producer: Ruth Pitt
﻿Ruth Pitt is an executive producer, journalist and writer with a long track record in documentary making and creative leadership. Previous posts include head of factual and features at Tiger Aspect Productions, creative director of documentaries in BBC Religion and Ethics, head of documentaries at Granada Television and work with Century Films, Yorkshire Television, Real Life Productions and Screen England. Programmes of particular note include the acclaimed 7UP series . In addition Ruth was editor of the multiple award winning BBC documentary strand Everyman and she also executive produced a host of films and series including Owning Auschwitz, The Great British Property Scandal, My Big Fair Trade Adventure and many more. Ruth is a regular session chair, interviewer and broadcaster and has chaired the Guardian Edinburgh International Television Festival. She is BAFTA nominated and awards include Royal Television Society, Grierson, Broadcast Production, Sandford St Martin, New York Film Festival and International Emmy. ﻿ 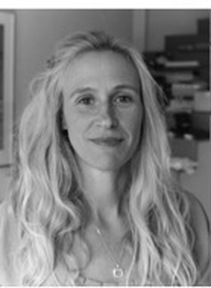 Exec Producer: Lucy Paul
Lucy Paul is founder and Managing Director of Itch Film, production company, which has a roster of international award-winning Directors for commercials and music promos that work with agencies across the world. Lucy recently Produced and Exec Produced her first feature documentary about British artist and cartoonist Ralph Steadman titled 'For No Good Reason'. In 2014 Sony Pictures Classics released the film to much critical acclaim. She is currently in production on a further two portrait films about British artists and in development on a broadcast series. Lucy has built strong relationships and a loyal client base producing commercials for clients including: Universal, Warners, Atlantic, Unilever, P&G, Samsung. Itch Film run a motion control studio in Kings Cross for shooting commercials, film titles & sequences. 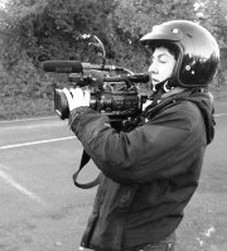 Director of Photography: Emma Dalesman
Emma Dalesman is a freelance DOP and graduate of the Cinematography MA at the National Film and Television School.  Shooting a range of projects encompassing fiction, documentary, commercials and animation, her work has been nominated for both the Kodak and Fujifilm Cinematography awards and shown in competition at international film festivals. Currently working on her second feature length documentary the first having been successful in securing completion funds from Al-Jazeera.  Her commercial work has been shown across numerous platforms including terrestrial and international broadcast, new media and multiplex cinemas nationwide. 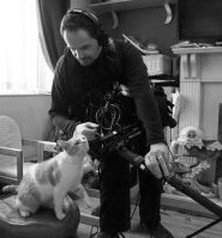 Sound Recordist: Grant Bridgeman
Grant Bridgeman is a BAFTA nominated freelance Sound Recordist in both location sound recording and audio post production for film and TV. On location he has worked on TV drama’s such as Mr Selfridge (ITV), Accused (BBC) and Bert and Dickie (BBC), Feature films including Best Laid Plans, Sex and Drugs and Rock and Roll, Guinea Pigs, Harold’s Going Stiff, Bronson and Control, and documentaries such as Goth Cruise, This Chair is not me and if Himmler Played Guitar. Debbie Howard and Grant have worked together many times in the past, both on set and in post production. 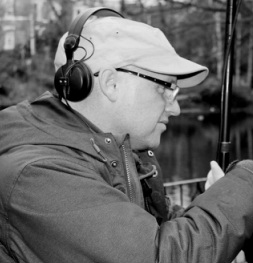 David Mitchell is a freelance Sound Recordist who has worked in both documentary and fiction for many years. Most recently David worked on The Stone Roses: Made of Stone documentary.

He also worked on: This is England series one, Dispatches, Four Lions, Archipelago, My Brother the Devil and Nephilim. For many years David worked on the TV series Last of the Summer Wine. 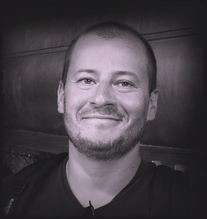 Assistant Editor: William Winfield
Will started his film career in 2004, filming and editing short education-focused documentaries all over the UK. He found that he liked nothing better than getting back to the edit suite with a whole bunch of tapes and crafting a finished film from the material, so he decided to focus his career in that direction. After a stint freelancing, he then joined Mezzo Films in Leeds where his skill, knowledge and experience quickly led to his appointment as senior editor working on a wide range of projects from commercials to short films and virals. Will also works independently editing short films and has worked with Debbie on several projects. 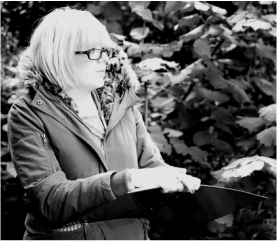 Assistant Producer: Emily Axon
﻿﻿ Born in North Lincolnshire and raised in market town Brigg, Emily began studying Media at college where she discovered an interest in Film. Emily enrolled at Manchester Metropolitan University, studying BA in Film and Media, where she gained a great understanding and knowledge in film theory and graduated with 1st class honours. She completed an MA in Film and Media Production where she excelled in Producing and found her passion. She graduated from Sheffield Hallam with a merit and continues to work as a Producer. She firmly believes in developing new talent and is constantly working on various different projects, exploring all genres including documentary.  Emily has been busy producing several short films in the last couple of years.
Stilll Loved is supported by The Maudsley Charity and The MJB Trust. With enormous thanks.